From Dust to New Hope 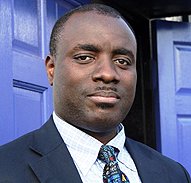 All is indeed vanity.

“It is a curse to put one’s trust in man and make flesh one’s strength, instead of trusting in God, the Creator of all things.”

I enjoyed a happy childhood, with my father having been the first Congolese football player in the Belgian professional championship in the early sixties.  He played for CS Verviétois, where he became the best national scorer in 1962-63; and later was part of the Congolese national team that won the 1968 African Nations Cup Final (Kinshasa v Ghana).

My father was a celebrity in sport, receiving many awards both as an excellent football player and a manager (once managing the national team).  At the time, the country was so prosperous that 1 Congolese currency unit was exchanged against $2. Looking back today, I realise that, surely, it is not of any profit to a man if he gains the whole world, and loses his own soul.

In 1986, whilst still living in Congo – Kinshasa (formerly Zaire), my father died and the whole family went suddenly through a miserable life.  “All is indeed vanity”!  A few months after my father died, we were evicted from the company’s accommodation. My mother was sick and had no income whatsoever.  Often some good Samaritans would visit us and provide some help.  The family’s life became one of total desperation and hopelessness. 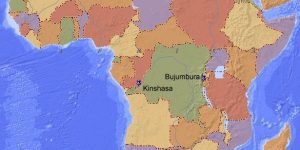 I was the eldest male child in the household at that time, and I had just obtained my GCSE equivalent.  It is needless to say that, in my country, this qualification would not get you any substantial job.  In fact, without a strong recommendation you would not even get an admission at the university either.  This support I totally lacked.  Thus the family’s reputation fell from its high public profile to mockery and complete nothingness.  My father’s past glories were now useless; his important friends he once had would hardly remember that he left a family.  Later on, I was able to understand why it is a curse to put one’s trust in man and make flesh one’s strength, instead of trusting in God, the Creator of all things.

Then my father’s younger brother, who was working as an international worker in the neighbouring Burundi, decided to finance my higher education studies. This is how I got to Bujumbura, the capital of Burundi, leaving my mother and my little sisters and brothers behind in tears – my mother died while I was studying in Burundi.

I enrolled at the Burundi National University and was living on the campus, 120 km from my uncle’s home, where I met with people from different backgrounds.  Then I started drinking alcohol and smoking cigarettes; and I would take pleasure in doing the wrong things that I had never done before.

The one particular thing that disturbed my life constantly was the fear of death. Thus drinking and smoking acted as a scapegoat to masquerade my constant fear of death.  I knew that my lifestyle was wrong and I wanted to live otherwise; but I simply could not.  I can recall attending churches occasionally, hoping to gain some peace of mind. Unfortunately, I returned to my usual way of living afterwards, only to increase my fear of death.

In April 1993, a Christian (who has now gone to be with the Lord) invited me to a 4-day annual convention for students and offered to pay the fee for me.  During that time, I had an opportunity to truly understand what God’s joy and peace meant to the believers.  For four days, I (still unsaved) was waking up early in the morning for prayer and Bible teaching with other Christians.  During the first two days, nothing happened to me.  I recall asking God for a visible sign, if I ought to be convinced that I was truly saved.  I actually feared that even if I had made a public commitment of my life to the Lord, I would certainly not be able to get delivered from alcohol and smoking: this seemed an impossible thing to imagine.

It was on that blessed April 5th 1993, around 11:00 am, at that students’ convention that a Ugandan Evangelist was teaching on the urgency of surrendering one’s life to Jesus Christ, including things that were impossible to overcome.  At the end of his teaching, the Evangelist launched a call to those who were both ready and willing to surrender their lives to the Lord.  I was among the tens of people who stepped forward and knelt down.  As we knelt and were praying, asking God to forgive our sins, I did not realise that, not only was I all in tears, but that everyone else had already returned to their seats.  I was the only one left, kneeling down, in tears, praying to the Lord.  There were about 250 people in that room and the Evangelist actually asked for all the people present in that room to stand, lift their hands up and pray for me.  He said, “This is his day!”  Yes – that was my day of salvation and, on that very day, I was born again and forgiven.

As I knelt down and repented from my sins, all in tears, I was also filled with the Holy Spirit and began to speak with other tongues, as the Spirit gave me utterance.  My “chains fell off”!  From that day on, I never smoked again and God has delivered me from alcohol and promiscuity.  I joined a fellowship, and then followed a baptism course for ten months in my local church. On February 25th 1994, I was baptised (fully immersed) publicly in the great Tanganyika Lake in Burundi, along with hundreds of other new believers.

The most convincing sign of the presence of the Holy Spirit in my new life in Christ was the instant love for the brethren and the love for God’s word.  The Holy Spirit has always been there to uphold me and correct me.  By the grace of the Lord, I have enjoyed true fellowship with the brethren from different countries, and I have benefited from the counsels of faithful servants of the Lord.  Because Jesus Christ lives, I can face tomorrow without fear.  I know that whatever happens to me, my life is now in Jesus’ hands. The security of His faithfulness has supported me all the way through to this day.

I now “fight the good fight” along with other fellow believers until the Lord Jesus Christ returns to take us up into heaven, where we will be forever with Him.  I long for that blessed day, and that is my only sure hope:  the heaven of Jesus Christ; where God will wipe away every tear from every believer’s eyes; where there shall be no more death, nor sorrow, nor crying.  There shall be no more pain, for the former things will have passed away.  Now I know that God has a plan for every man.  He raises the poor from the dust and lifts the beggar from the ash heap, to set them among princes and make them inherit the throne of glory.

I thank my God and Father, in Jesus Christ.