From Orphan – to Child of the Living God 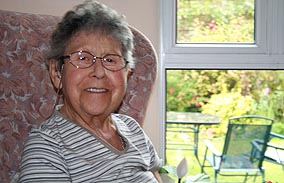 My name is Marianne.

I was born in Hamburg, Germany; my family, Jewish. We believed in God – the God of Abraham, Isaac and Jacob.

‘You shall love the Lord your God …

… and have no other gods beside me.’

I was born in Hamburg, Germany; my family – Jewish. At 7 years of age I went to private school and heard stories about Jesus.

After Hitler came to power, we were persecuted and life became very different; and I became very fearful. The stress and strain were too much for my mother, and she became ill. My parents got divorced and my father died when I was 12¾ years old. I was sent to an orphanage, my brother being sent to the USA to be brought up by an uncle and aunt who had one son. I learned a little Hebrew and a little about my religion. I eventually went to a German-Jewish school in Sweden. After one year there, I came, in 1938, to boarding school in England. From there I went into nursery nurse training, and was allowed to stay here in England – I had been warned that my returning to Germany would mean the Concentration Camp. The Lord saved my life, once again.

Why am I alive?  What is the purpose? 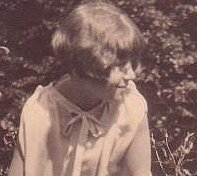 I started looking for the answers to these questions in the church that I attended with a friend and her family.  I asked the Lord if it would be alright for me to believe in Jesus as my Saviour. I felt at peace about this.

In 1981 the Lord showed me that I was a sinner. With the help of believers – their example, prayers and encouragement – I saw the need to confess my sins to Him and asked Him for forgiveness; and I became a true believer in Jesus, my Saviour. The Lord then began working mightily in me and my life, over many years.

Although I had now become a believer, I was not filled with God’s Holy Spirit. I was baptised in water by full immersion at Roxeth Green Free Church, with my husband beside me.

God has since healed me in many areas of my life, and has given me His Love, Joy and Hope – all the Glory goes to Him!

My Purpose for Living

Some time after the war, I was told that my mother was killed back in 1940; all patients in the sanatorium where she had been were sent to Brandenburg, near Berlin, and killed – since they were considered of no use to anyone. I prayed the only prayer I knew, which I first prayed as a child in one of the orphanages :

So take my hands and lead me now and forever.
I cannot walk alone – not one step.
Where you want me to go, take me with You.

The Lord answered that childhood prayer, and has continued to guide me by His Holy Spirit each and every day – correcting and teaching me, and showing me my faults. I talk with him about my faults and every detail and problem which I face in life – and He gives me His peace. The Lord has taught me to walk with Him, and my desire is to continue to do so – to go where He wants to me to go; to do what He wants me to do; and to say what He wants me to say – until He calls me Home.